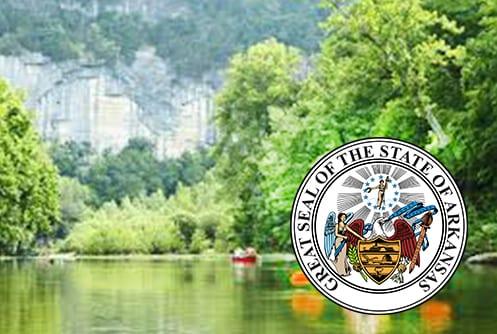 Arkansas leans towards the more restrictive side when it comes to gambling in general. It was only in 2019 when the State of Arkansas issued the first permits for full-operations casinos to two operators in Oakland and Southland, however, no moves have been made so far to legalize online gambling. At the moment online gambling is not looked well upon in the territory of the state, so players should try to avoid playing in public. The only exception here is Daily Fantasy Sports which are legalized in the state.

Currently, Online Casinos are not regulated within the state. There are options available in foreign sites, however, these activities should better be carried at home, as if caught you might be given a small fine. The amount varies between $50 and $100 dollars. To be safe, stay at home with a warm glass of coffee and enjoy the list of the best online casinos that accept players from the state of Arkansas.

Sportsbetting got finally legalized last year, following the trend after the fall of PASPA. Like many other states, the members of the State’s Senate also proposed a bill that would have eventually brought online sports betting to Arkansas. The bill however recently collapsed due to concerns over the taxation. A new bill is expected to be proposed in 2020, so, for now, online sports betting is not yet available in the state and players who want to bet online should follow the same caution as with Online Casinos. See below our top picks of bookmakers who accept Arkansas bettors.

With the acceptance of Issue 4 in 2018, the Arkansas Senate allowed the first ever full-operational land-based casinos. The first two casinos opened doors just recently in April 2019 with locations in Oakland and Southland. A couple more casinos are currently being licensed. Prior to this year the residents of the state could only play on electronic gaming devices and in pull-tabs and bingo halls.

Arkansas has a state lottery since 2008 and sells tickets for other popular games such as Mega Millions and Powerball.

In many ways, the Charitable Bingo & Raffles Enabling Act was a necessary precursor to the expansion of land-based gambling through Amendment 4. As the 2018 casino gambling vote showed, the opponents of gambling remain energetic in Arkansas, so a law that allowed charitable gambling 12 years ago was an important stepping stone to commercial gambling expansion last year.

Yes, betting on Daily Fantasy sports is absolutely legal in the state of Arkansas. The legislation was signed by Governor Asa Hutchinson in 2017, which made Arkansas one of the early adopters of the activity. Players can enjoy sites like FanDuel and DraftKings.

Yes. Free Social casinos are allowed in Arkansas. The state provides players with access to more social casinos than most states. Big name social gaming apps like Slotomania, Double Down Casino, Zynga, and Big Fish Games are available for play on Facebook or in a downloadable Android or iOS app.

The state of Arkansas legalized sports betting via a vote on November 6, 2018. The referendum called Issue 4 passed 54.1-45.9, and will require the state to issue a casino gaming license for one casino in each for counties. Issue 4 defines “sports betting” as “casino gaming” and such activities will be regulated by the  Arkansas Racing Commission. There will be a 13% tax obligation on the first $150,000,000 profit of the net casino gaming receipts, as well as a 20 percent tax on those exceeding $150,000,001. The ballot step needs state regulatory authorities to begin approving applications to operate sports wagering by the end of the current month – June 2019.