Before 7 a.m. on Sunday, Karim Benzema left the Al Messila hotel, the opulent accommodation where the France team is staying. He departed for Madrid at 8 a.m. on a Qatar Airways flight, and returned to his home in the Spanish capital by 2 p.m. local time. His 2022 World Cup came to an end in that way: before the event even began. For great sports betting casinos and amazing bonus opportunities check out our pages at CasinoDaddy.

Not all of his teammates had the opportunity to bid him farewell: Following his scans at the Aspetar hospital in Doha, Benzema didn't return to his hotel until late Saturday night after everyone had gone to bed, and he was gone before the team awoke on Sunday. His Real Madrid teammate Eduardo Camavinga revealed to the media that they had been texting and that Karim Benzema was inconsolable.

The 2022 Ballon d'Or winner was interviewed on Monday in Paris. He had a big smile on his face and expressed excitement about playing in this event in an effort to assist Les Bleus retain the World Cup championship they won in Russia four years ago. In less than a week, he has been eliminated from the competition without having played a single minute. After being a member of the 2014 team that advanced to the quarterfinals and missed out on Russia, he had to wait eight years before playing in another World Cup. Next month, Benzema will turn 35, so this was probably his final opportunity. He will be hoping it won't be after being let down in Doha.

The news left the group feeling a little KO'd and almost dizzy. It was difficult to comprehend that they were losing yet another important player after so many crucial players left before the squad announcement. One of the best casinos we currently offer is 18bet!

In recent weeks, goalkeeper Mike Maignan, midfielders Paul Pogba and N'Golo Kante were all ruled out, but only this past week, Benzema, defender Presnel Kimpembe, and midfielder Christopher Nkunku were all injured. Pogba, Kante, Kimpembe, and Benzema are the four starters, along with Maignan, a top backup goalkeeper, and Nkunku, a dynamic forward who would be your first substitute if you were pursuing or in control of the game. Didier Deschamps, the coach, decided to keep the same 25 players and forego replacing Karim Benzema. The justification is that every player is currently on vacation with their families, enjoying their free time in exotic locations and not having enough time to prepare physically for the demands of a World Cup.

The psychological effects of these injuries, the team's setbacks, and Deschamps' tournament preparations have all dramatically altered the dynamic. Playing with Olivier Giroud up front is extremely different from playing with Karim Benzema as a No. 9: Giroud is more of a conventional centre-forward, superb with his back to goal and as a pivot. Benzema loves the freedom of the role, playing creator as much as finisher. Even if he didn't score in Russia, Giroud was a key component of Les Bleus' championship team in 2018, and players like Mbappe and Griezmann work well with him.

The injury to Benzema adds yet another remarkable twist to the incredible career of the AC Milan striker. Deschamps hesitated to select Giroud for the World Cup a few weeks ago. He will now begin and should have every opportunity to realize his greatest ambition, which is to catch and surpass Thierry Henry as the all-time leading scorer for the men's national team of France. Giroud has scored 49 goals in 114 appearances, or 0.43 goals per game, while Henry has scored 51 goals in 123 games, or 0.41 goals per game. This winter, history could be made in Doha.

Despite Giroud's performances, Mbappe now needs to play even better because of Benzema's absence. He must assume control, serve as the team's leader, and perform if France is to succeed. He has always desired to be on this stage. Now is his chance to prove to the world that he is a world-class superstar who can make the difference in a tournament like this. He was the prodigious young player from 2018 and the only teenager (aside from Pele) to score in a World Cup final. Let's see it, Kylian. Big players belong on big stages.

Similar to how they did in 2018, France will play Australia to open the competition on Tuesday. It might be a lucky sign, but it could also be a trap. They'll be combative and aggressive, seeking to take advantage of set pieces and deny France any room. Starting out is difficult, especially after the Benzema drama.

The players have been instructed by Deschamps to take the disappointment of these absentees as motivation to forge stronger bonds with one another and to channel their fighting spirit. They owe that to the celebrities who supported their travel to this World Cup but were forced to watch from home. 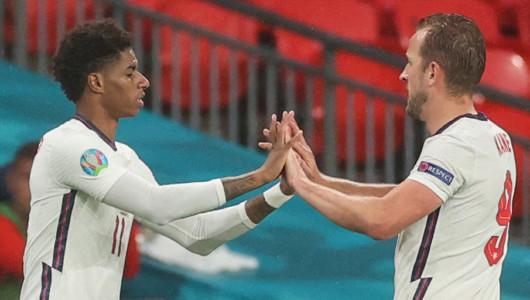