Manchester City overcame a 2-0 halftime deficit to defeat Tottenham on Thursday, winning 4-2 to put themselves squarely back in the running for the Premier League championship. For the best sports betting casinos of January 2023, CasinoDaddy is the right choice for you!

Dejan Kulusevski and Emerson Royal's goals soon before halftime gave Spurs a 2-0 lead, and City's fans booed them off the field.

However, Pep Guardiola's squad gained control of the game after a second-half comeback that was ignited by two goals in three minutes from Julian Alvarez and Erling Haaland. Riyad Mahrez then scored two superb goals to end the Spurs' chances.

Manchester City overcame two straight losses to upset Spurs, sending a clear message to Premier League leaders Arsenal that they are prepared to compete for the championship all the way. Erling Haaland also ended his three-game scoring drought for City in the 4-2 victory. Before this game, City had lost to Manchester United in league play and Southampton in the Carabao Cup.

Although the final score saw City climb to within five points of Arsenal, Pep Guardiola's choice to start with Kevin De Bruyne, Kyle Walker, and Bernardo Silva on the substitutes' bench first appeared to be a mistake. Just before halftime, Tottenham scored twice, and the supporters made their anger known. For a great experience, visit 18bet!

But City has a history of turning around 2-0 halftime deficits to win games; they did it against Crystal Palace and Aston Villa last season, and they did it once again to further damage Tottenham's chances of making the top four while highlighting their exceptional talent. Before Riyad Mahrez's two goals, which secured the victory and brought City closer to Arsenal, goals from Julian Alvarez and Haaland had evened the score.

City hosting Wolves at Etihad earlier in the day sets up a crucial weekend in the championship battle when Arsenal plays third-place United at the Emirates on Sunday. Before Mikel Arteta's squad even takes the field, if City defeats Wolves, they can close the gap on Arsenal to two points.

Harry Kane was shown on television shaking his head in despair after his team lost a 2-0 lead and fell behind as Riyad Mahrez dashed off to celebrate his goal that gave Manchester City a 3-2 lead against Spurs.

Kane has been a tremendous asset to the Spurs throughout the years, and with two more goals, he will overtake Jimmy Greaves as the club's all-time greatest scorer. Greaves has 266 points, while Kane has 265 after the FA Cup third-round victory against Portsmouth earlier this month.

The moment the England captain understood that Spurs will always be a team that made big promises but seldom kept them may have come after Mahrez's goal. At age 29, Kane has yet to win his first professional prize, and if Tottenham plays as they did against City, that won't happen.

At the Etihad, Kane was a constant danger but failed to score, but his perseverance set up Emerson Royal's goal, which gave Spurs a 2-0 lead at the break.

Given that Kane's contract with Spurs is set to expire in June 2024, this summer represents a turning point for the attacker. He deserves better than watching all his hard work go in vain. If there are too many more contests like this, it is difficult to think that Kane won't leave Tottenham and join a team that expects to win trophies rather than just wanting to.

Manchester City's fans booed the team during halftime. That sort of response smells of a feeling of entitlement among the City supporters for a team that has won four of the previous five Premier League championships.

Although it was evident that the City players underperformed against Spurs in the first half, the Etihad Stadium's supporters are also supposed to contribute and don't frequently do so. The audience had to be roused by Julian Alvarez's goal early in the second half, but if City is to win the title, the supporters must rally far sooner.

Guardiola has already lamented the lack of fan support, and the Etihad Stadium is undoubtedly devoid of the commotion and fervor found at Anfield, Old Trafford, or St. James' Park.

Additionally, there were a lot of vacant seats inside the stadium, which is impressive given that Guardiola had an all-star team that included Erling Haaland. A Big Six team failing to sell out its home stadium for a game is extremely uncommon, if not unfathomable. This is especially true when the team consistently wins, as City does.

And it makes their financial success even more amazing when seats are left empty for a game against a Big Six competitor on the day Manchester City topped the Deloitte Money League as the world's highest-revenue-producing club.

Perhaps City supporters have lost the capacity to roll with the punches when things don't go their way because they have been too accustomed to easy triumphs. But if they believe they can jeer a team that has just enjoyed a lot of success, they must have a short memory. 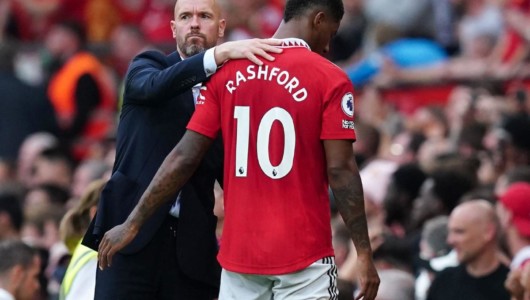