If you are an avid gambler and you fancy different genres of music, we have a list of recommended gambling songs that will most probably become your favorites. However, there is an enormous chance these catchy jams get stuck in your head but who doesn’t like to hum Elton John, Kiss, or Guns N’ Roses. Feel free to check our top choices which you can listen to while gambling for even more inspiration. Here are the 11 most popular gambling songs:

1. Ace of Spades by Motorhead

Ace of Spades is one of the most popular all-time classic tracks of the heavy rock band Motorhead and can be recognized as their signature tune. The track is part of their fourth album, Ace of Spades which was recorded back in the summer of 1980. The two minutes and 28 seconds of overdriven bass became not only the track that was associated with Motorhead but also one of the all-time rock’n’roll anthems.

The massive success of ‘Ace of Spades’ was inspired by Lemmy Kilmister, bassist and lead singer of Motorhead. The song reached No.15 in the United Kingdom right after it was released in 1980. Later, in 2016, after the death of Lemmy, an online campaign brought the song to Number 13 in the charts, higher than its original peak which solidified the fact that it will be an all-time anthem.

2. The Gambler by Kenny Rogers

Kenneth Rogers was an American actor, songwriter, and producer that is widely known for being among the best musicians of all time. This conclusion can easily be made by the fact that he sold over 100 million copies of his records in the United States alone. Kenny was also a recipient of three Grammy Awards.

One of the most popular tracks performed by the country singer is ‘The Gambler’ which was originally written by Don Schlitz but reached a larger audience thanks to Kenny Rogers. Right after the song was released, it was almost immediately claimed first place on the country music charts. The song became well-known and it was even used by shows such as The Muppet Show, TV series, and slot machines. Later, it was implemented by Warner Bros on television and broadcasting productions.

Years later, the song is still a hit mainly because of its relatable lyrics which are not only about gambling but rather about life in general. Even though Kenny Rogers passed away in 2017, his lesson continues to be passed to fans – there are infinite possibilities, no matter how we play the game.

Ramblin’ Gamblin’ Man was the track that brought Bob Seger to Top 20 hits back in 1968 which was one of the biggest accomplishments in his career that led him to become a legend, recognized worldwide. Even though the Michigan singer had some rough patches, he said he was always confident in his talent: “I could tell I had something because the audiences wanted me back”. The title of the song is identical to the album which was the first creation of the singer’s band – the Bob Seger System. The title track reached its peak at number 17 which was Bob’s best track for several years to follow.

4. Do It Again by Steely Dan

‘Do It Again’ is the biggest hit from Steely Dan’s first released album ‘Can’t Buy a Thrill’ in 1972, composed by Walter Becker and Donald Fagen. The track was released in 1972 and immediately hit number 6 on the Billboard Hot 100 in 1973. This made the hit one of the group’s highest-charting singles of all time.

The song is a six-minute shuffle which makes it a bit strange for a radio hit but it still is the song most associated with the duo. What is more, the track was included in the 2008 version of the popular video game Guitar Hero World Tour, resulting in an even wider reach for Steely Dan. The lyrics include the well-known topics of nightlife, sex, and gambling as realities of the man’s addictions and consequences of his decisions.

‘Stagger Lee’ is a very famous American folk song that tells the story of the murder of Billy Lyons by ‘Stag’ Lee Shelton in 1895. The song was recorded various times but the version by Lloyd Price reached number one on the Billboard Hot 100 in 1959. Another award that Lloyd Price received was number 456 on Rolling Stone’s 500 Greatest Songs of All-time and number 7 on the UK singles chart.

The story behind this vastly popular song revolves around Stagger Lee who was a pimp in Missouri at the end of the 19th century. On Christmas night in 1895, Stag and his friend William Lyons were having a party during which a dispute arose, leading to William shooting at Stag. Stagger died of his injuries but stayed in history thanks to the many variations of the song and its popularity.

6. Queen of Hearts by Juice Newton

‘Queen of Hearts’ is a country-pop song that was originally written by Hank DeVito, the guitarist in The Hot Band. The most successful cover of the song was recorded by Juice Newton in 1981 that reached second place in the United States and South Africa.

Juice Newton, a country-rock singer, recalls that she believed the song has the potential to become a great hit even when her producer doubted her opinion. The track was placed as the second song in her album and stayed as No.2 on the Billboard Hot 100 for two weeks in 1981 which led to a Gold award for domestic sales of one million units.

‘Queen of Hearts’ was Newton’s second huge hit in several different countries such as Australia, Canada, New Zealand, South Africa, and more. The track also resulted in a Grammy nomination for Best Female Vocalist. Also, in 2014, the cover ended up as number 92 on The Rolling Stone’s list of the 100 greatest country songs of all time.

7. Tumbling Dice by The Rolling Stones

‘Tumbling Dice’ is a rock song that was created by Mick Jagger and Keith Richards specifically for The Rolling Stones and their album which was due to be released in 1972 – Exile on Main Street. The track was unsurprisingly a major hit and ended up in seventh place for the US charts and fifth place for British charts.

The song presents us the story of a keen gambler who has trouble being faithful to any woman. What is quite interesting for this specific Rolling Stones track is its ‘groove’ which made it so successful and well-known. Joe Perry from Aerosmith described the song with the words: “so laid-back, it really sucks you in…”.

Jerry Reed’s songs have been number one ever since the start of his career in the 50s, delivering pure country music to his loyal audience. He is believed to be one of the pioneers when it comes to country music and the reason why it is so popular to this day.

‘When You’re Hot, You’re Hot’ is Jerry’s first hit which was written and composed back in 1971. Looking thoroughly through Reed’s career, this track was his best accomplishment and it even ended up in first place for five consecutive weeks. The story of the song narrates the singer as a participant in an illegal game. The catchy phrase which is also the title of the song was addressed towards the cops which made gives off the traditional ‘bad boy’ vibe of the protagonist.

9. Up on Cripple Creek by The Band

‘Up on Cripple Creek’ is the fifth song on The Band’s second album which was later released as a single by Capitol. The song is about a truck driver who travels to Lake Charles, Louisiana to spend time with a girl called Bessie.

The lyrics of the song, as well as the title, are full of alliteration and show off how vivid Robbie Robertson’s imagination was. Of course, the success of the hit was backed up by the featured drummer Levon Helm that played the role of lead vocalist. Robertson admits he sometimes has trouble when explaining how parts of the lyrics emerged but when asked about the mention of Spike Jones in ‘Up on Cripple Creek’, he is quick to explain he is a big fan of his work and truly an admirer of how Jones approached music as a whole.

‘Viva Las Vegas’ is a song by the legendary Elvis Presley that was released back in 1964 for his movie ‘Viva Las Vegas’. It is a well-known fact that Presley never sang this track live as it was intended as a cover for his film but the song was performed by others many times, turning it into an indisputable hit.

‘Viva Las Vegas’ was certified with gold in 1992 due to 500,000 copies sold in the United States only. The song was No.29 on the Billboard Hot 100 singles chart and No.17 on the UK charts. The track has ended up as one of the most recognizable pieces and during the 1990s and 2000s, it has become part of various movies and TV series. There was also a request towards Elvis Presley Enterprises to allow the song to be the official song of Las Vegas but due to uncertainty around who holds the rights of the song, this has not been arranged.

‘Poker Face’ is a song by Lady Gaga, part of her debut album called ‘The Fame’ which was released back in 2008. The song became successful worldwide, following Gaga’s first hit ‘Just Dance’. However, in this second track, the musical tone tends to be darker and the main topic behind the lyrics is bisexuality.

‘Poker Face’ topped the charts in over 20 countries and is the best-selling single of 2009 all over the world with more than 9 million sales for this year. There is rarely a person who has not heard the song over the radio and is able to resist humming it for quite some time. The catchy melody is accompanied by Gaga’s music video in which she is changing various costumes while the main setting is a getaway villa in which she plays strip poker. 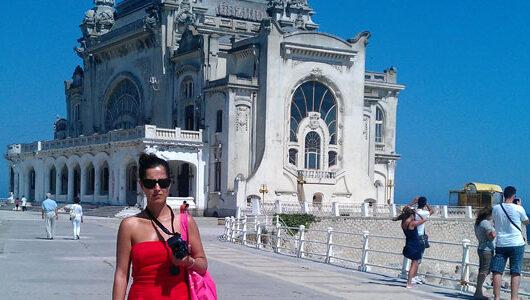 The 13 Greatest Casino Robberies Of All Time

The Greatest Casino Winners of Slot Machines in History