Gambling activities in Italy have existed for centuries in a variety of forms. They date back to the days of the Roman Empire as one of the favorite pastime of the locals and spread not only around the country, but around Europe as well. Currently, Italy, which is one of the founders of the European Union, is the fifth most populous country on the territory of Europe, including the islands and an enclave in Switzerland. The country is consistent of a total of twenty regions, the status of five of which is declared as autonomous with regard to local governmental issues.

Italy has a long history of dealing with gambling matters. The country has experienced its ups and downs in its attitude towards gambling. The gambling laws in Italy are considered fairly liberal in comparison to the legislation of the rest of the European countries. To prove that, in 2006, the country introduced its legislation that permitted companies to offer a variety of sports betting services in retail locations and on the Internet. This happened at a time, when a great number of the countries that are members of the European Union were focused on taking measures to restrict gambling on their territories.

Italy has made several changes in its legislation on the matter. The amendments made in 2011 permitted allowed licences for poker and casino games. As a result, several various forms of gambling were offered to the local citizens by a great number of licensed websites.

The current Italian legislation sets a differentiation between games of change and games of skill. In addition, lotteries, sports betting and other activities are regulated and legalized, while gambling in public places or in private clubs is considered illegal. The gambling activities can be permitted in by the state only, and the licences for that are being issued by the Autonomous Administration of State Monopolies.

The amendments made in the country’s legislation concerning gambling were initiated by the requirements made by the European Union. The latter demanded it to become more compliant with both licensing and regulation conditions. All this made Italy issue thousands of gaming licenses to betting stations, land-based casinos and online gambling operators.

The government officials have put their efforts to reduce the extent of gambling in the country. Lotteries and sports betting are classified as skill-based games, and are currently permitted in different venues all over Italy. The criminal legislation of the country, however, proclaims games of true gambling, which are not described as games of skill, as illegal.

For a long time, the country was pushed into different situations that varied from prohibition of gambling activities and services to toe legalization of some of them. The main reason for this was the fact that the Italian Government was primarily focused on keeping the country’s citizens away from the negative aspects of the industry.

The true liberalization of the legislation rules related to online gambling started in 2006. Several new laws were passed by the Italian Government almost a decade ago. In 2006, the country’s authorities set a goal of creating a framework for legal gambling in Italy. The Autonomous Administration of the State Monopolies is the authority that is responsible for the administration and control over the framework, as well as for the process of licences issuing. The AAMS is also the regulatory authority for all regions of the country.

In addition, a list of more than 500 websites offering online gambling that were prohibited from providing such services has been issued by the country. Italian laws legalized primarily skill games played for real money and an online betting exchange.

In 2007 the Finance Act of the country was passed in order to further secure online gambling. The Act’s goal was to regulate poker tournaments that took place on the territory of Italy. The statute of video poker games remained intact, and they were left banned as they had been before.

Two years later – in 2009 – the Abruzzo Decree was passed as a legislature of fixed odds games of chance, as well as of additional web-based poker tournaments and ring games. In addition, the country cancelled the requirement for the companies to be based in Italy, and the licensing fees were reduced. 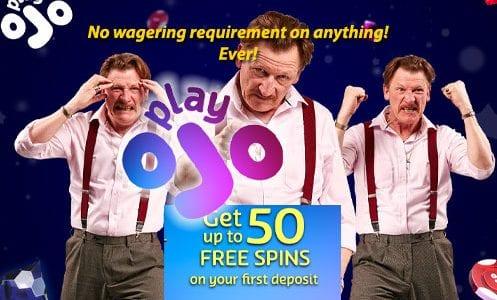