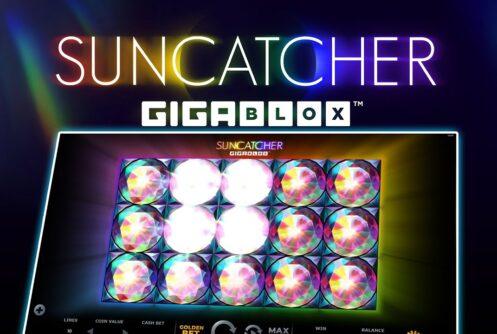 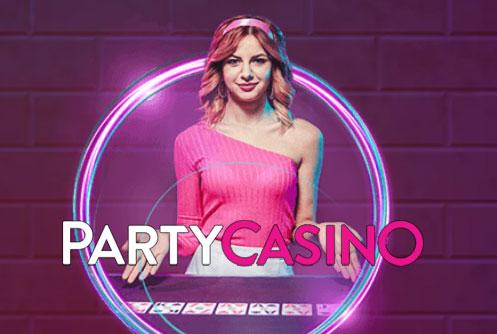 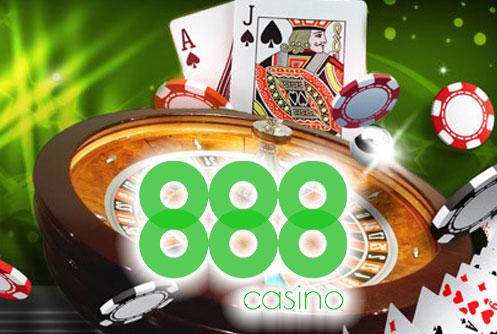 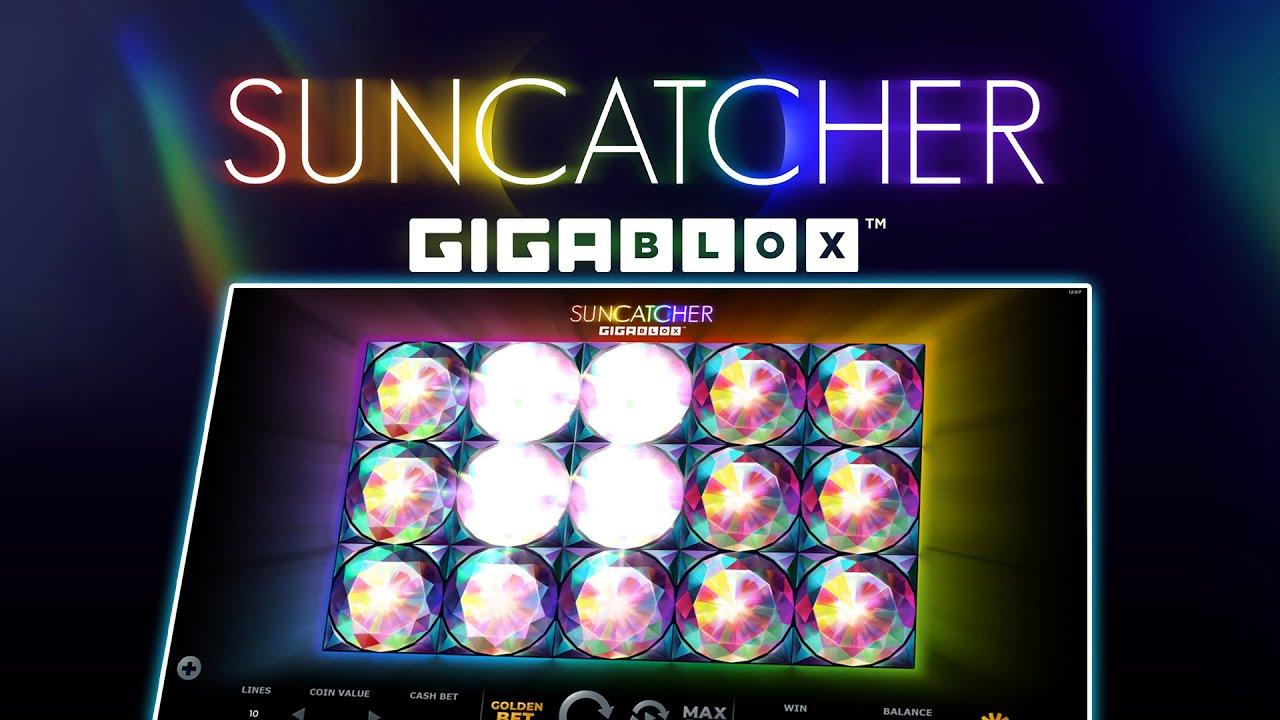 Intro to the Suncatcher Gigablox Slot

In the Suncatcher Gigablox slot, a 5 reel, 10 payline win both ways game from Yggdrasil Gaming, try to harness the sun's enormous power. The Gigablox are the main characters in this solar-themed game. On every spin, you'll get at least one reel loaded with 2×2 enormous symbols, but this can increase to 3×3 symbol blocks. When you land an expanding wild, you'll get a respin and the wild will lock in place. This feature can help you land several sticky stacked wilds. If you cover the entire screen with wilds, you'll get a 500-times-your-stake extra on top of the regular prize. More information can be found in our Suncatcher Gigablox review.

Suncatcher Gigablox is Yggdrasil Gaming's fourth slot to feature their dynamic reel technology, and it's a return to the basics. Suncatcher Gigablox is described as a “solar extravaganza” in which you can “capture your cut of the cosmos.” Why not ride the solar wind and see where it leads us? It sounds fantastic, and past Gigablox slots have provided plenty of pleasure, so why not? The Suncatcher Gigablox slot machine has five reels, three rows, and ten paylines. Because the game uses a win both ways feature, winning combinations can begin on reel 5 as well as the more traditional reel 1. Land 3 or more matching symbols or wilds on adjacent reels on a payline, starting from the left or rightmost reel, to form a winning combination.

The RTP of the Suncatcher Gigablox is 96 percent, which is average. The hit frequency rate is 22.26 percent, which means you'll hit a winner once every 4 to 5 spins on average.

However, in the short term, this can change dramatically. The volatility is moderate, with the biggest win from a single spin being 1,430 times your total stake. 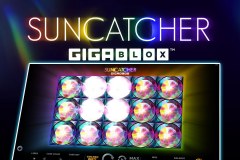 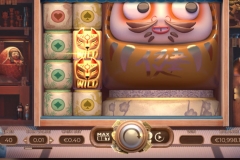 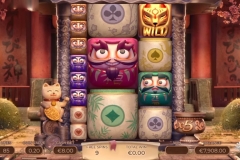 Suncatcher Gigablox slot transports you to the Suncatchers' celestial regions, where collecting the crystalline sun shards can lead to a plethora of fantastic rewards. The graphics in this game are incredible, with the enormous blox covering the screen in a fantastic 3D effect. When combined with futuristic soundtrack, Suncatcher Gigablox becomes a kaleidoscope of colors and sounds with a unique attraction. We think you'll be blown away if you liked the other games in the Yggdrasil Gigablox series. Every spin transports you to the sky, where you'll find eight solar stunning symbols loaded with the ability to go Gigablox, increasing your chances of winning. A seriously fantastic 10+10 win-both-ways slotscape with moderate volatility provides plenty of winning opportunities in a typical session. Suncatcher Gigablox has betting levels to suit everyone, whether you're a low-budget casual player or a diehard high-roller. The game's premise produces a fantastic arcade slot style, along with a vast universe full of possibilities. With the right amount of luck, you might win up to x1,430 the triggering bet! Suncatcher Gigablox gives an incredible journey even if the sun isn't shining brightly.

The paytable is entirely dominated by jewels in the colors pink, purple, blue, turquoise, green, yellow, and red. A line of five ordinary gem symbols pays off anywhere from 2 to 20 times the base bet. On the 5-reel, 10-payline game grid, at least one set of synchronised reels creates large blocks of symbols on each spin. There will be at least a 2×2 reel, but there can be up to 3×3 sized blocks, and there can be more than one set of synchronised reels at simultaneously — for example, a 2×2 reel and a 3×3 reel. After landing on the reels, these Gigabloxes split into individual 1×1 sized symbols. Winning combinations can be produced in both directions, just like their renowned forerunner.

Suncatcher Gigablox contains eight base game symbols that pay out when you spin three or more of them together. Sun crystal, Red crystal, Yellow crystal, Green crystal, Turquoise crystal, Blue crystal, Purple crystal, and Pink crystal are the symbols in order of decreasing importance. On a 10+10 pay structure, these neon symbols can win both ways, resulting in a large reward potential. Suncatcher Gigablox winnings range from x0.4 the triggering bet (for three Purple/Pink crystals) to x25 for five Sun Crystals in terms of payment power. This results in a payout possibility of between €0.04 and €2.50 on a minimum bet of €0.10, rising to €200 and €12500 on a maximum wager of €500.

How To Play the Suncatcher Gigablox Slot

The stakes per spin range from 10p to £1,000. To change the size of your bet, use the arrows adjacent to the Coin Value box. The paytable values are displayed in cash rather than coins, and they fluctuate when your stake changes. It's simple and easy to understand. You may adjust the spin speed in the Settings area. There is an Autoplay feature that allows you to choose from an infinite number of autospins. From October 2021, neither of these alternatives will be available in the United Kingdom. The design of the Suncatcher Gigablox slot has a simple but futuristic vibe about it. While you spin, you can listen to an ambient soundtrack with a pleasant piano tune. It goes well with the pictures. Seven vividly colored gemstone symbols adorn the basic black reels. The red diamond is the best of the conventional symbols. If you get 3, 4, or 5 of these in a row, you'll get a payment of 2, 5, or 10 times your entire bet. The game's wild card is a gleaming white diamond. When it becomes part of a winning combination, it can appear on all five reels and substitute for all other symbols. The wild pays 5, 10, or 25 times your entire stake if you land 3, 4, or 5 on a payline. The wild also activates the Wild Re-spins function, which we'll go over in more detail later.

If you want to liven things up a little, you can use the Golden Bet function. Each spin now costs twice as much. When the Golden Bet is active, a typical £1 bet becomes £2 per spin. Three times as many wilds appear on the reels during the base game as a result of the doubled stake. This increases the likelihood of landing a wild and activating the Wild Respins feature.

All of the slot machines we propose to our users are reviewed by our staff at CasinoDaddy.com to ensure you get the greatest game selections! In a special 100 Spins Challenge, we bet on the Suncatcher Gigablox slot to show you how it works and what bonus features and prizes you may expect. You may see it here:

Suncatcher Gigablox can be played on any platform, including smartphones, tablets, and computers. The game's simple style and uncomplicated functionality make it ideal for use on a device with a smaller screen.

The Suncatcher Gigablox Slot free play option is great if you want to acquaint yourself with the game before making a real money deposit. The free play demo is identical to the premium version because the awards are only made up of virtual money. These virtual money can assist you in keeping track of the payout frequency.

How To Win at Suncatcher Gigablox Slot

The slot offers a high return to player (RTP) of 96 percent, while its volatility is medium. The betting range is as large as the number of blocks, ranging from 10p to £500 or Euro at the maximum limit. If that isn't enough for a wealthy crowd, gamers can opt for the Golden Bet option. Following that, the rate is doubled (although the symbol values stay same), with the main benefit being the addition of three times more wild symbols to the main game. Because wild symbols are the game's lone extra feature, it's worth analyzing whether they produced any noticeable favorable results during the review.

The Suncatcher Gigablox slot machine's main feature is a distinctive symbol in the shape of a huge sparkling diamond that serves multiple functions at once. This symbol is Starburst's counterpart of the star symbol. When it emerges on the playing field, it grows to cover all locations on the reel, then becomes sticky and triggers a completely free respin. Expanding wilds are also available in the slot game; they can occur on any reel and need payments of 50 times the regular stake for a five. There will be no respin if the entire grid is filled with wilds. Instead, a Big Win stake is added on top of the ordinary winnings, which is 500 times the original stake.

On each spin, at least one set of Synchronized Reels forms enormous blocks of symbols in the five-reel, ten-payline game grid. Players have access to at least a 22 reel, but there can be up to 33 blocks at once, and it is also possible to gather more than one set of synchronized reels at once. Gigablocks, for example, are separated after landing on the reels to discover individual 11 symbols that match.

Suncatcher GigabloxTM has a 96 percent RTP and a 22.26 percent average base game hit rate. Suncatcher, with a moderate volatility rating of 34.81, usually provides good value for money if you play with a consistent bet size that is in line with your session limit.

TuskCasino is more than just an online casino, it is online entertainment

TuskCasino is more than just an online casino, it is online entertainment. TuskCasino is one of the hottest new casinos ...

Casoo Casino is the online galaxy of gambling that continues to stun gamblers with the most universal bonus packages. This ...

Bet Beard Casino To Pique Your Interest With Impressive Games

Bet Beard Casino is a gambling platform that has the power to provide you with an outstanding casino experience. The ...

Dazard Casino is one of the best new casinos September 2021 that can be found on our site. The certified ...

EU Casino has been entertaining online casino players this summer. As a result, it comes as no surprise that EU ...

August appears to be one of the hottest months not only in the year but also for the iGaming Industry ...

Casoo Casino and Yggdrasil Have Some Hot News For You

The best online casinos in the iGaming Industry has joined forces with leading software providers in order to offer the ...

Time To Get Serious With Turbico Casino Offerings

Turbico Casino is the latest addition to our award-winning list of hot online casino operators. One of the hottest new ...

Gambling’s role in the Olympics

The best players from the United States supported their country by actively participating in sports betting activities. Our CasinoDaddy team ...

If you're looking for some summertime slot thrills, Yggdrasil's Suncatcher Gigablox is the game for you. This interesting slot, which was released in June 2021, combines nostalgic arcade charm with cutting-edge bonus features. On a 10+10 pays-both-ways slotscape, the net effect is a kaleidoscope of graphics on your screen, with enormous symbols cascading in pursuit of super winnings. This fascinating game has you covered for the summer, whether you're a 0.10 spinner or a high-roller!

FAQ about the Suncatcher Gigablox Slot

What does the high volatility of Suncatcher Gigablox Slot Mean?

The high volatility of this slot is an advantage for every type of player, meaning that both new beginners and high rollers can play this slot game.

How many reels does the Suncatcher Gigablox Slot Have?

The Suncatcher Gigablox Slot has 5 reels which is awesome!

Can I benefit from any Free Spins with Suncatcher Gigablox Slot?

Yes, you can! In fact there are many bonuses and free spins that are waiting for you!

Does the Suncatcher Gigablox Slot Work on Mobile?

Yes! In 2021 all games are perfectly optimized for mobile and tablet, meaning you can play it anytime you want, anywhere you decide!